The "Casa dei Tre Oci" in Venice presents, from 11 March to 23 October 2022, the largest retrospective ever held, the first in Italy, dedicated to the Franco-Swiss photographer Sabine Weiss.

The exhibition is the first and most important tribute to the career of Sabine Weiss, who died at the age of 97 at her home in Paris on 28 December 2021, with over 200 photographs. Curated by Virginie Chardin, the retrospective is promoted by the Fondazione di Venezia, realised by Marsilio Arte in collaboration with the Berggruen Institute, produced by the Sabine Weiss studio in Paris and Laure Delloye-Augustins, with the support of Jeu de Paume and the International Festival Les Rencontres de la photographie d'Arles.

The only female photographer of the post-war period to have practised this profession for so long and in all fields of photography - from reportage to portraits of artists, from fashion to street shots with a focus on children's faces, through to her numerous trips around the world - Sabine Weiss, who was able to actively participate in the construction of this exhibition, had opened up her personal archives, preserved in Paris, to tell her extraordinary story and her work for the first time in a broad and structured manner.

The photographs exhibited at the Tre Oci, including several previously unpublished ones - such as the series dedicated to asylums, taken during the winter of 1951-1952 in France in the department of Cher, and which has remained partially unpublished to this day - retrace, together with various publications and magazines of the time, Weiss's entire career, from her beginnings in 1935 to the 1980s. From the very beginning, Sabine Weiss, as the photos of children and passers-by in the exhibition show, directed her lens on bodies and gestures, immortalising emotions and feelings, in line with French humanist photography. It is an approach from which he will never deviate, as is clear from his own words: "To be powerful, a photograph must speak to us about an aspect of the human condition, make us feel the emotion that the photographer has felt in front of his subject".

In addition to the photographs, the exhibition will also feature excerpts from documentary films dedicated to her ('La Chambre Noire' in 1965; 'Sabine Weiss' in 2005; 'My Work as a Photographer' in 2014) in which she recounted, at different periods of her life, her artistic journey, her travel experiences and the difficulties of being a female photographer. The strength of her curiosity about the world and her joy of seeing and documenting make Sabine Weiss a symbol of courage and freedom for all women photographers.

DISCOVER OUR ROOMS AND SUITES IN VENICE

Central location, polite and smiling staff, reasonable rates, utterly unequalled old-style building, the Baroque church outside the window brings Venice right into the room. Bear in mind that you're not just a paying customer, but a guest - there's a big difference.
Doc C.

The professional staff, the kind and friendly attitude of everyone, and the strategic position of the hotel, minutes from St Mark's; the nearby vaporetto stop and the possibility of getting into a gondola very close to the hotel. Breakfast is delicious and varied. The building faces a magnificent Baroque church.
Nadia P.

A hotel that cares about service

The hotel overlooks the lovely Campo de Santa Maria del Giglio, in a central location close to the historic city centre. A hotel that cares about service. A particularly elegant classic atmosphere, especially the rooms and the breakfast room.
Maria Paola O.

I came across this magnificently located 3-star hotel between Campo San Stefano and St Mark's. The hotel is beautifully kept and comfortable, furnished in classic Venetian style. The staff, both reception and front of house, are extremely friendly and polite, always ready to meet the needs of guests. Years ago I ran a consortium of 43 hotels, and I can state that his hotel would definitely be at the top of its class.
Osvaldo P. 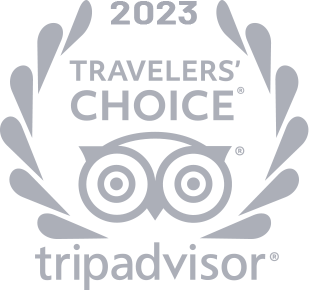